At a recent meeting of the MBTA’s Fiscal and Management Control Board, the remaining bids for the construction of the Green Line Extension project were opened, and the news was very good.

A joint venture of several engineering and construction firms called GLX Constructors was named the winning team, with a price offering of $954,618,600. To the delight of many, the winning bid came in below budget and included all six “additive options” that were previously cut from the project. The additive options include station canopies, additional elevators, public art installations, additional points of access to the Somerville Community Path, the full community path extension to Lechmere Station and the Charles River area, and an enhanced vehicle maintenance facility.

“I am very pleased that the top-ranked bid will include vital project components such as the Somerville Community Path Extension between East Somerville and Lechmere Stations, along with platform canopies, additional elevators, and other important items. Both the Green Line Extension and Somerville Community Path Extension are now closer than ever to becoming a reality for our constituents, and much of the credit should go to the tireless efforts of advocates, stakeholders, and officials who are all working together to see this project through to a successful completion.” Rep Connolly remarked, after learning of the winning bid.

Early this week, the Fiscal and Management Control Board accepted the staff’s recommendation of GLX Constructors for a total contract price of $1,082,118,600, which includes the proposal price, all six additive options, and contingency funds.  This approval marks a significant milestone for the long-planned transit project which will run from Lechmere in East Cambridge, though Somerville, including a spur at Union Square, and end in Medford.

The federal government will pay about $1 billion for the $2.3 billion project (which includes new trolleys and real estate purchases in addition to construction), with the state paying most of the rest. The cities of Somerville and Cambridge are also contributing, and they expect to recoup some of that money from real estate developers whose land will increase in value because of proximity to the new service.

Rep. Connolly would like to thank his colleagues in the Somerville and Cambridge legislative delegations for their consistent advocacy as well as the Friends of the Community Path for their tireless efforts to ensure that full completion of the shared-use path is included in the project.

Moving forward, Rep. Connolly’s will continue to work closely with Cambridge and Somerville residents to ensure that the impacts of the construction activity are minimized and mitigated, and that any service interruptions or changes due to the construction activity are mitigated as well. Rep. Connolly has also scheduled a meeting with East Cambridge residents who are concerned about the need to ensure the O’Brien Highway crossing to the new Lechemere station is made accessible to all users, and our office is working closely to address the concerns of abutters to the project as well.

Any residents with questions or concerns about the project are encouraged to contact Rep. Connolly’s office at (617) 722-2060 or email [email protected] 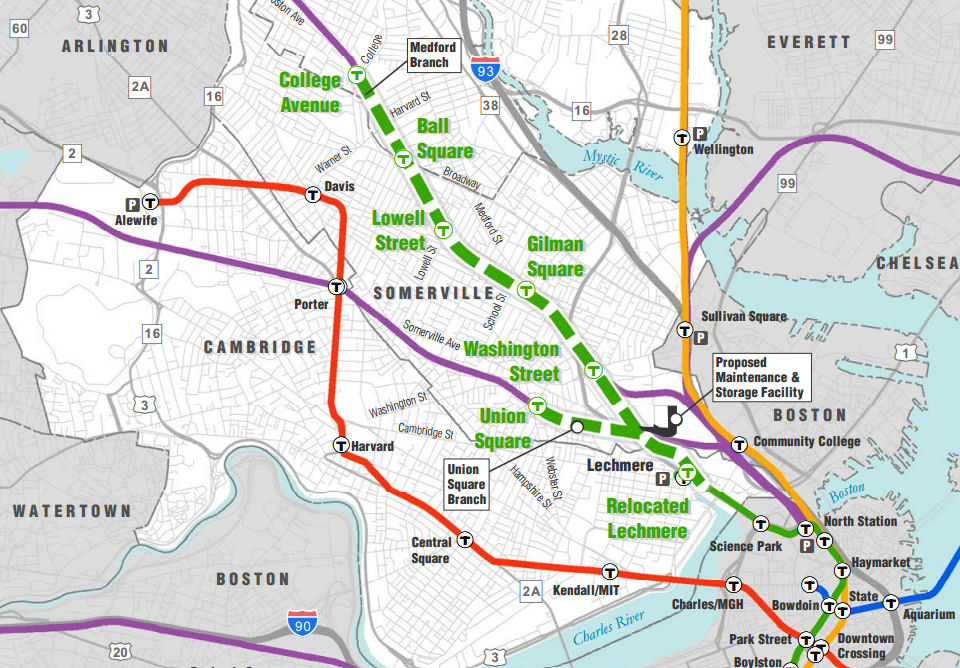