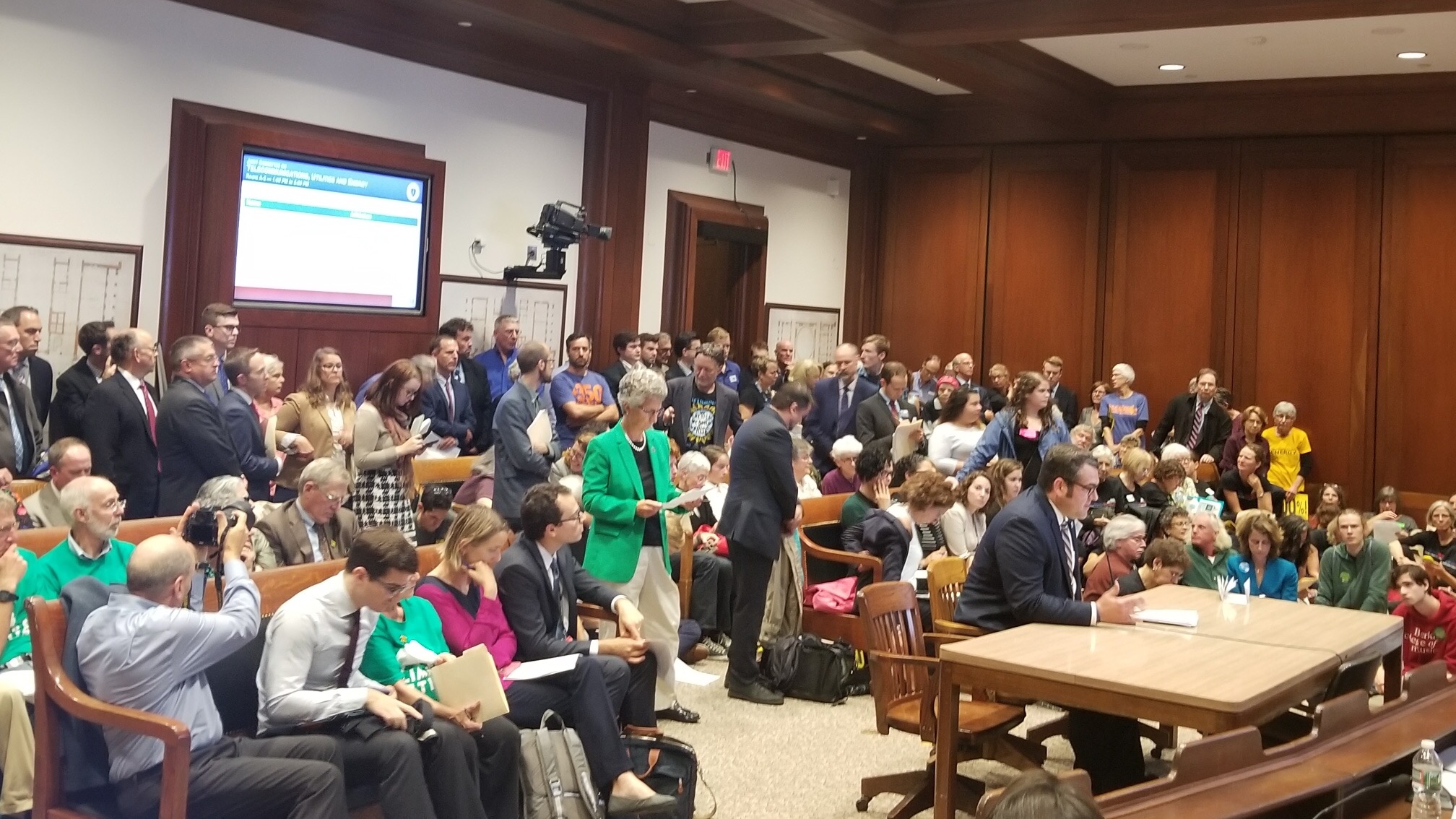 State Representative Mike Connolly testified today in support of legislation that would transition Massachusetts to 100% clean, renewable energy and increase the state’s Renewable Portfolio Standard by up to 3% or more per year while also requiring municipal electric companies to participate.

The Renewable Portfolio Standard, or RPS, is the quantity of renewables required in the state’s conventional supply of electricity. Under current Massachusetts law, the RPS is set at 12% and increases by 1% per every year. However, a recent analysis of RPS policies suggests that increases of up to 3% or more per year are necessary for Massachusetts to reach its climate and sustainability goals.

“I am proud to testify in support of transitioning our state to 100% clean, renewable energy and increasing the Renewable Portfolio Standard by at least 3% per year and requiring municipal electric companies to participate,” Rep. Connolly said following his testimony to legislature’s Joint Committee on Telecommunications, Utilities, and Energy.

Rep. Connolly’s bill would start by doubling the annual increase in the RPS to 2%, followed by increases of 3% and as much as 5% to ensure that the Commonwealth meets its climate and sustainability goals in a timely fashion. A 3% increase in Massachusetts (coupled with a 1.5% increase in Connecticut) will add 37,000 new green energy jobs to our regional economy. Additionally, an RPS increase can protect Massachusetts residents from future increases in volatile natural gas prices.

Together, these bills will help our Commonwealth rapidly move away from fossil fuels and grow the local market for renewables, diversifying our energy mix and protecting consumers from increases in volatile fossil fuel prices while ensuring that Massachusetts continues to lead in energy policy.

In his testimony to the committee, Rep. Connolly recognized the leadership of his colleagues on this issue, including Reps. Khan, Decker, and Garballey and Sens. Eldridge and Pacheco.

“I would also like to thank the Massachusetts Sierra Club, Environment Massachusetts, 350 Mass Action, Mothers Out Front, the Environmental League of Massachusetts, and all of the other activists and advocates who are working with us to try to save humanity from the worst effects of catastrophic climate change,” Rep. Connolly added.