The Fight for $15 Continues 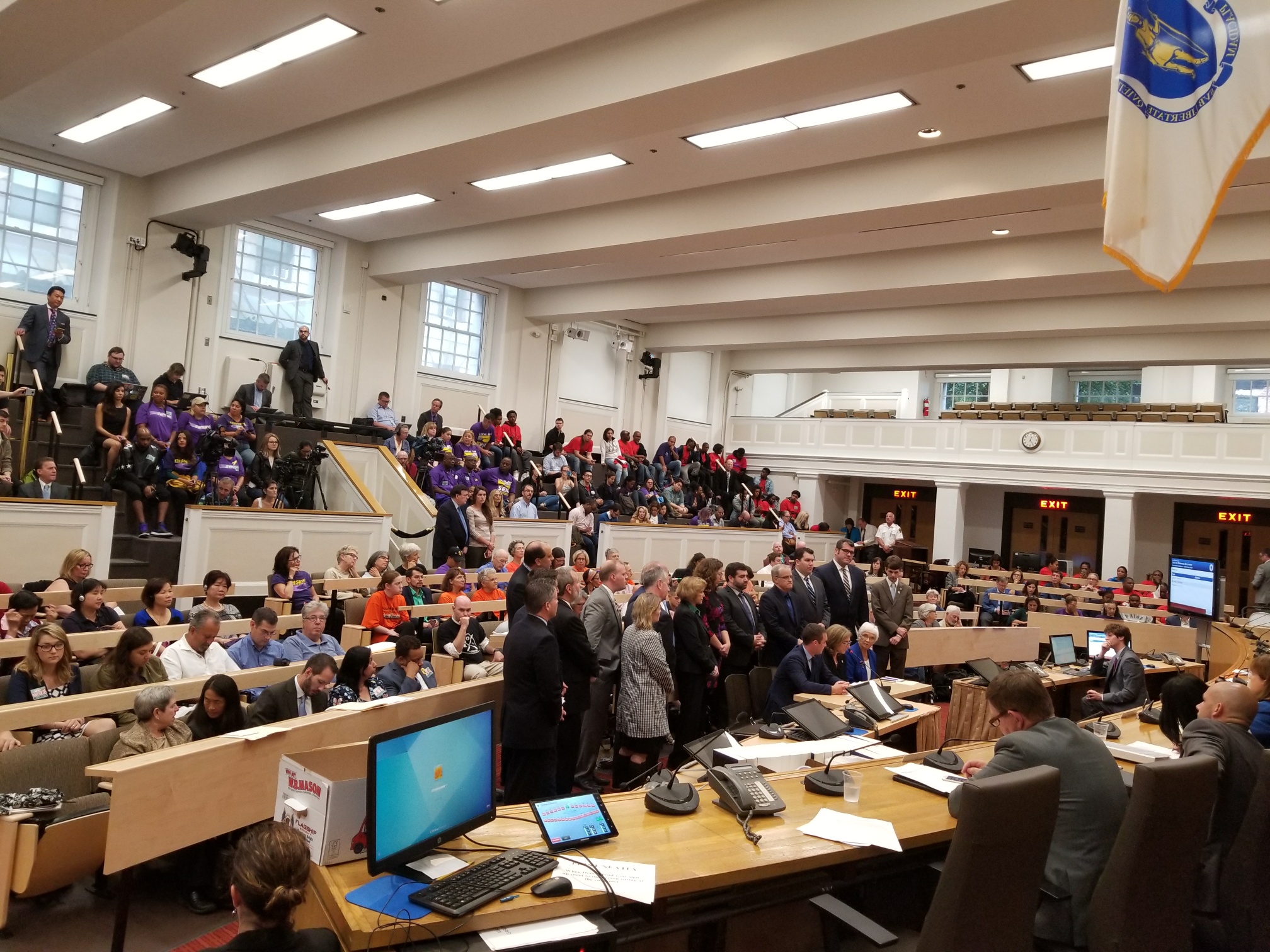 Yesterday, I joined with House and Senate colleagues at a hearing before the Joint Committee on Labor and Workforce Development to testify in support of H.2365/S.1004, An Act to improve the Commonwealth’s economy with a strong minimum wage and a strong tipped minimum wage, legislation I co-sponsored to raise the minimum wage to $15 per hour by 2021.

I am proud to support a $15 minimum wage because too many low-wage workers in Cambridge, Somerville, and across the Commonwealth remain vulnerable to economic uncertainty.  A full-time minimum wage worker in Massachusetts only makes $22,880 a year and often has to work multiple jobs to make ends meet. This is unacceptable; no one working a full-time job should be living in poverty.

A recent report by the Massachusetts Budget and Policy Center found that increasing the minimum wage to $15 by 2021 would impact some 950,000 workers, or just under 30% of the state's workforce. In Cambridge and Somerville, there's about 30,000 workers who would get a raise.

This is good news not only for workers, but for employers as well, and in a recent letter, ninety economists from across Massachusetts explained the benefits of a $15 minimum wage.  Higher wages means less turnover which is often high among low-wage workers. This in turn reduces costs associated with hiring and training. Higher wages also means greater productivity and efficiency. Furthermore, increased spending provides a boon to our local economies. What’s more, since the Massachusetts minimum wage has gone up the past three years to $11, the local economy has added more than 150,000 jobs.

Thank you to the lead sponsors of this legislation, Representative Dan Donahue, the late Senator Ken Donnelly and Senator Cindy Friedman, and thanks as well to Raise Up Massachusetts, a grassroots coalition of community organizations, religious groups, and labor unions.