Report from meeting with DCAMM on the status of Sullivan Courthouse

On June 6, State Representative Mike Connolly, serving in his capacity as a member of the House Committee on Bonding, Capital Expenditures, and State Assets, participated in an oversight hearing at the State House where he had the opportunity to ask questions of DCAMM Commissioner Carol Gladstone. This was part of the House Bonding Committee's regular series of oversight hearings on various state departments. 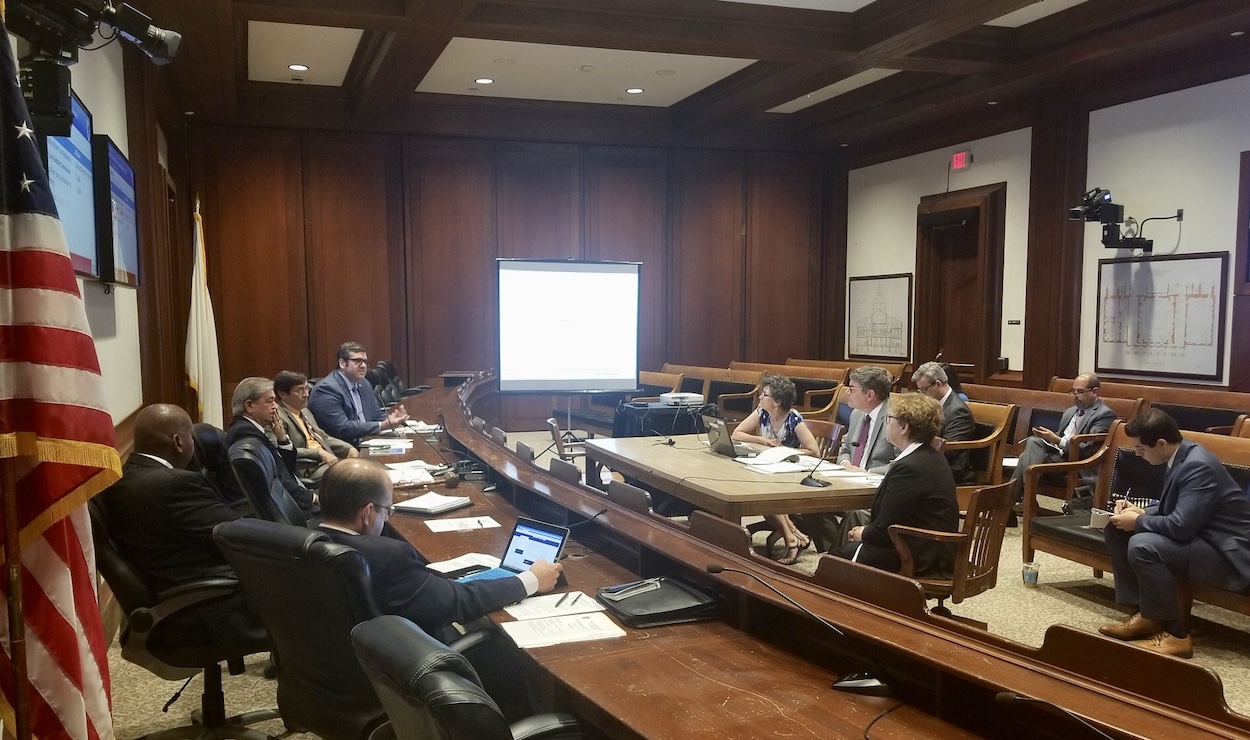 Rep. Connolly used this opportunity to raise concerns with the state's management and maintenance of the site of the former Edward J. Courthouse in East Cambridge and DCAMM's apparent failure to coordinate with Veolia on the need to discontinue steam service to the building. During the hearing, Rep. Connolly held up a Cambridge Day article about the June 1 steam incident and read the title aloud: "False fire alarm at Courthouse enflames ire over state maintenance of crumbling tower."

Below are notes compiled by our office at the meeting last week. Following the meeting, we sent a draft of our notes to DCAMM for their feedback and review, and on July 25, DCAMM returned the notes to us with minimal revisions, which have been included in the following summary:

DCAMM's statements coincide with a recent report from Cambridge's Acting Fire Chief that declares the building is "unoccupied and secure" and "does not presently present a hazard that requires intervention."

Cambridge City Councilor Quinton Zondervan had the opportunity to question the fire cheif on his report. In his testimony to the council, the fire chief stated: "I do not have any concern that the building is exposing people to cancer-causing toxins."

Commenting on the fire chief's report, Vice Mayor Jan Devereux recently stated: "The building is under close watch 24/7 by two security guards (at the state’s expense) and all the systems and utilities have been shut off. There is no elevated risk of fire in this steel-construction concrete building; asbestos does one thing well, it makes buildings more fire resistant. The Sullivan Courthouse is ugly and too tall and should be demolished, but it is not the imminent public safety threat that some supporters of the developer’s plan have led nervous neighbors to believe. Rumors spread by a city council candidate and others in the developer’s orbit that the vacant and locked building is dangerous are irresponsible."

While everyone recognizes the Courthouse contains asbestos that must be remediated, and while Rep. Connolly believes it is possible for city and state officials to work together to accomplish this remediation effort and a community-driven redevelopment in an expedited fashion, it is also important to ensure that city officials and the public are aware of accurate information about the status of the building. It is in that spirit that we have made these meeting notes available.

Our office will continue to work with local residents, DCAMM, the City of Cambridge, and all interested stakeholders to address concerns relative to the status of the building.