Raised Crosswalks are coming to the Kensington Connector in Somerville

Back in the spring, when MassDOT announced plans to advance an I-93 automobile viaduct renovation project in Somerville, our community came together and successful pushed for a range of bike and pedestrian safety improvements to local surface roads, culminating in a June 30 meeting that saw the scope of the I-93 viaduct project doubled to include a signalized crosswalk at Blakeley Avenue, ADA compliance upgrades to several existing crosswalks and curbs, I-93 air and noise pollution mitigation planning, and more.

The Blakeley signalized crosswalk has since been installed, and several other upgrades are now being designed. In addition, my office has now received word from MassDOT that work is proceeding on another one of our key areas of focus — raised crosswalks at the Kensington Connector. The Kensington Connector refers to a pedestrian underpass (under I-93) and a series of crosswalks that run from the Stop n' Shop in East Somerville across Rt. 38 to Kensington Ave. at Assembly Row. It's a vital connection between two neighborhoods that are generally walled off by the interstate.

According to an October 1 communication from MassDOT to my office:

The design of the improvements to install raised crosswalks and related safety improvements at the Kensington Connector and immediate surrounding area is nearing completion.  We have forwarded the plans to the contractor that has one of our ADA/pedestrian safety contracts and they are ordering some of the longer lead traffic signal items... We are anticipating starting work in October.  That will be a significant undertaking.

This is good news, as the Kensington underpass has been an area of intense focus for our community. Soon after I was sworn-in to office in 2017, I organized a meeting with state and city officials to raise awareness about the need for safety improvements at the Kensington underpass. While MassDOT did make some efforts to improve the situation, it was unfortunately not enough, as this crosswalk was the site of tragic hit and run crash that took the life of Somerville resident Cheryl Richards in 2019.

In response, I joined with advocates in calling for MassDOT to support raised crosswalks at this location. For a while, MassDOT seemed hesitant to agree with us, perhaps because this stretch of road essentially serves as an on ramp to I-93. But the point I've always made is that this is precisely why a raised crosswalk is so absolutely necessary. If cars tend to think they are approaching an interstate in this location, then we need to do all we can to slow them down and remind them this is actually a major pedestrian crossing.

I'm grateful that MassDOT has allowed its thinking to evolve in response to the demands of our community. I hope the raised crosswalks that are coming to the Kensington Connector will help to prevent another tragedy at this dangerous location.

The following slides were presented to our community during MassDOT's June 30th public meeting to offer a preview of the plans for raised crosswalks at Kensington: 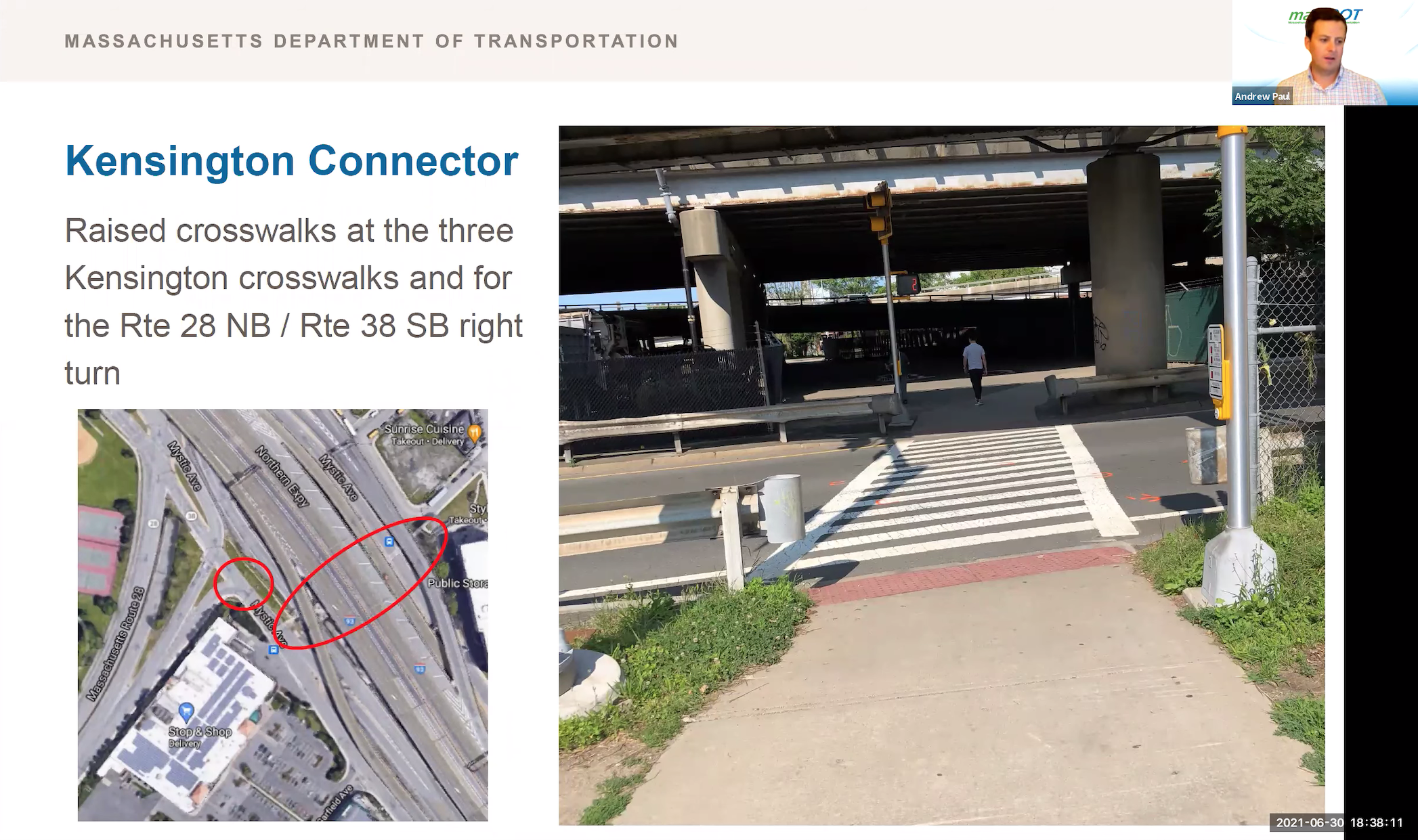 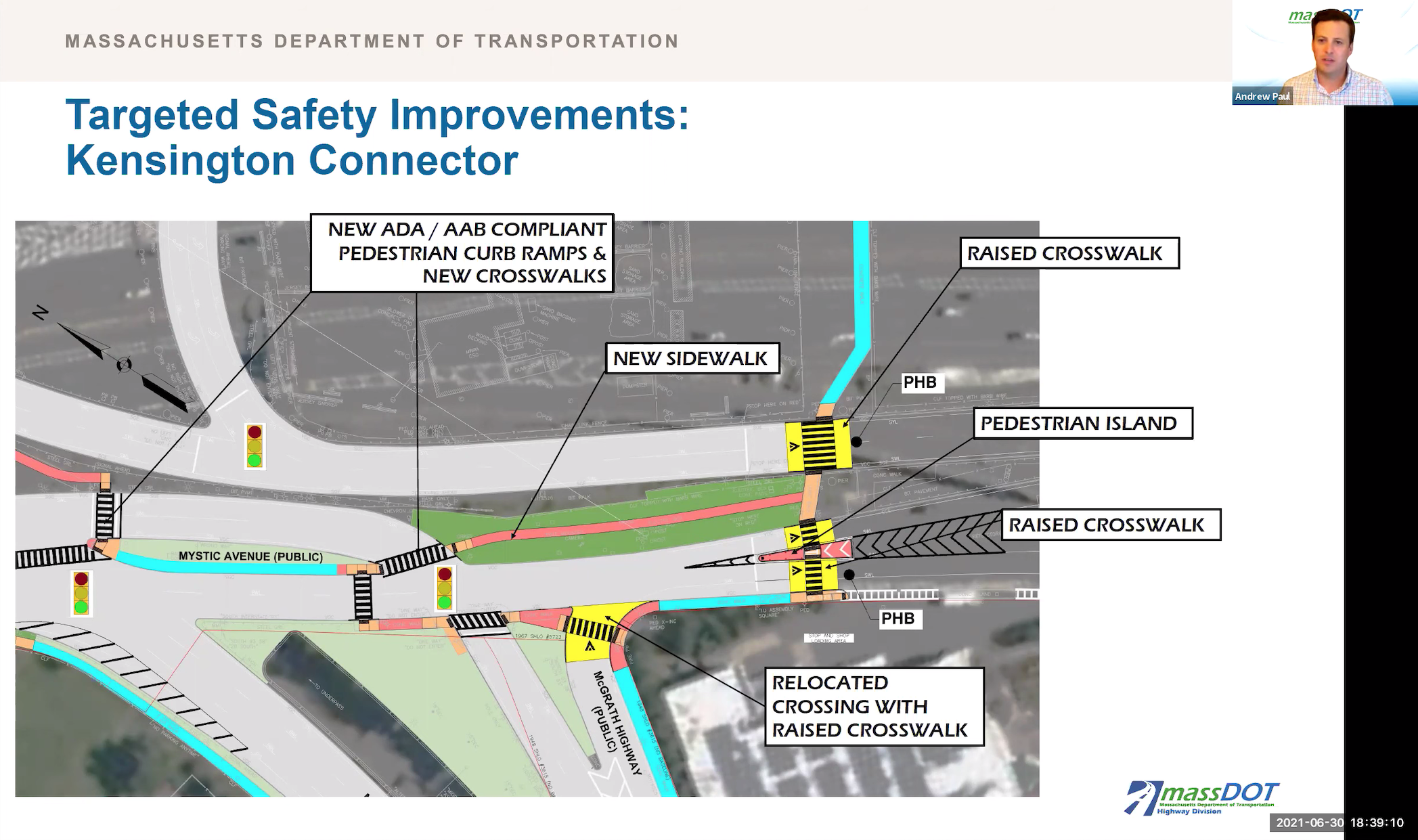 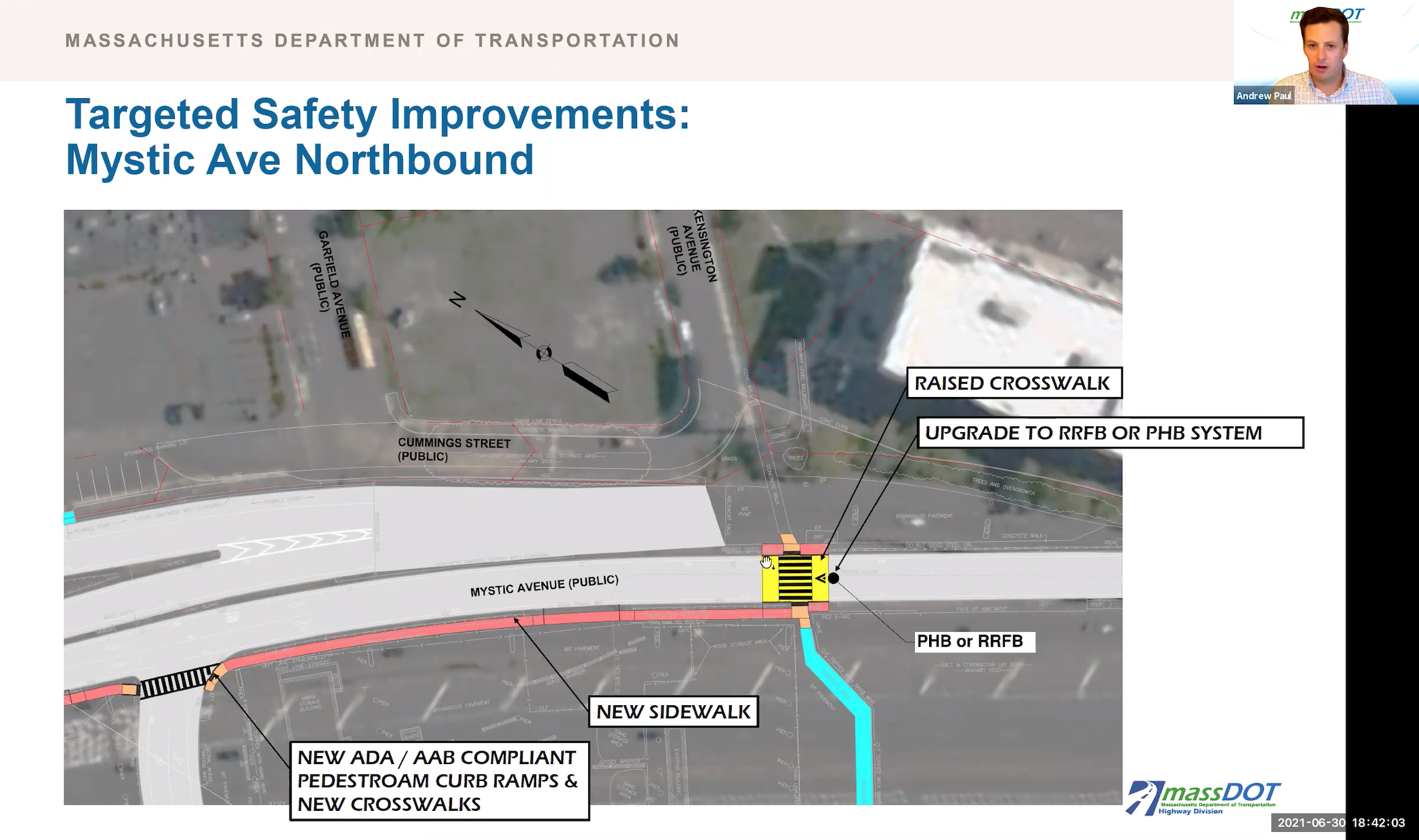 If you have any questions or concerns about this or any other matter, please do not hesitate to reach out to me directly or contact my State House office.