The governor has signed into law the Pregnant Workers Fairness Act, legislation co-sponsored by Rep. Connolly that makes it illegal for an employer to discriminate against, refuse to employ, or terminate an individual due to pregnancy or a condition related to pregnancy, including lactation. 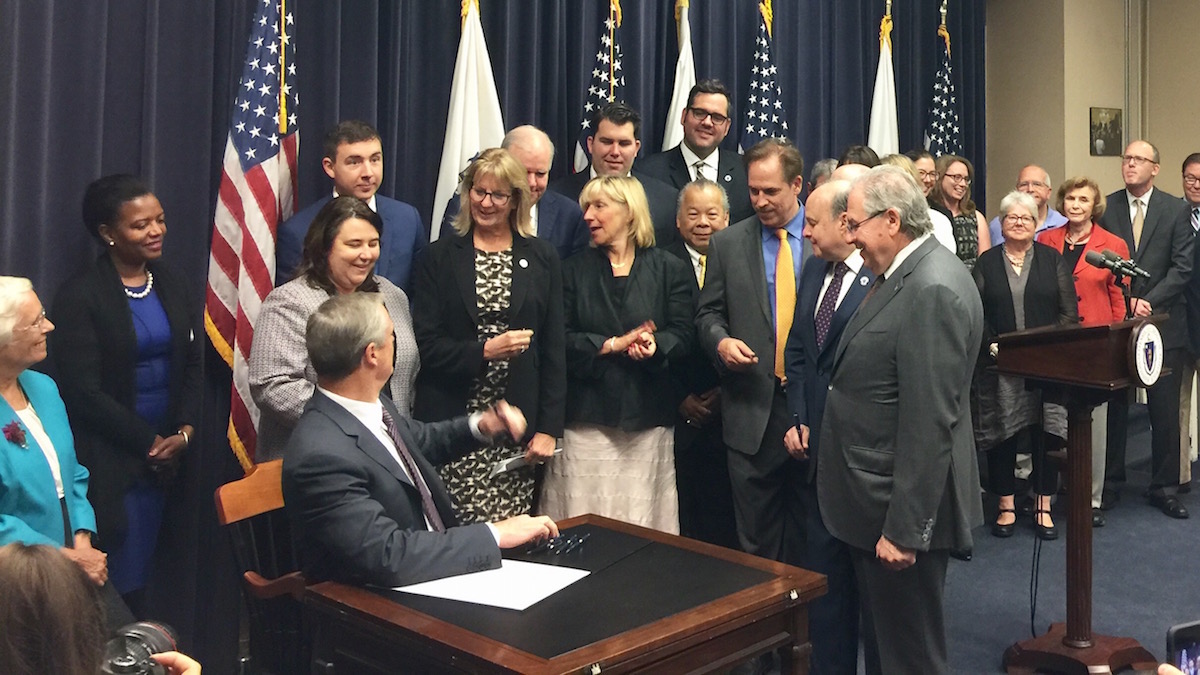 The new law closes gaps in federal law for employers of six or more and makes it illegal for employers to not hire a woman because she is pregnant, and requires companies to make reasonable accommodations for pregnant employees at their request, including more frequent or longer paid or unpaid breaks, time off to recover from childbirth, a temporary transfer to less strenuous position, or access to a lactation room.

NARAL Pro-Choice Massachusetts Executive Director Rebecca Hart Holder said in a statement that the new law "removed a significant barrier to reproductive freedom by ensuring reasonable workplace accommodations for pregnant workers." Hart Holder said, "With the new Pregnant Workers' Fairness Law, our state has declared that it is unacceptable for anyone to have to choose between starting or expanding a healthy family and keeping their job. All pregnant workers in our state deserve reasonable workplace accommodations, like water and bathroom breaks, and now Massachusetts law ensures they will get them."