Correcting the record with regard to the Massachusetts Housing Coalition letter 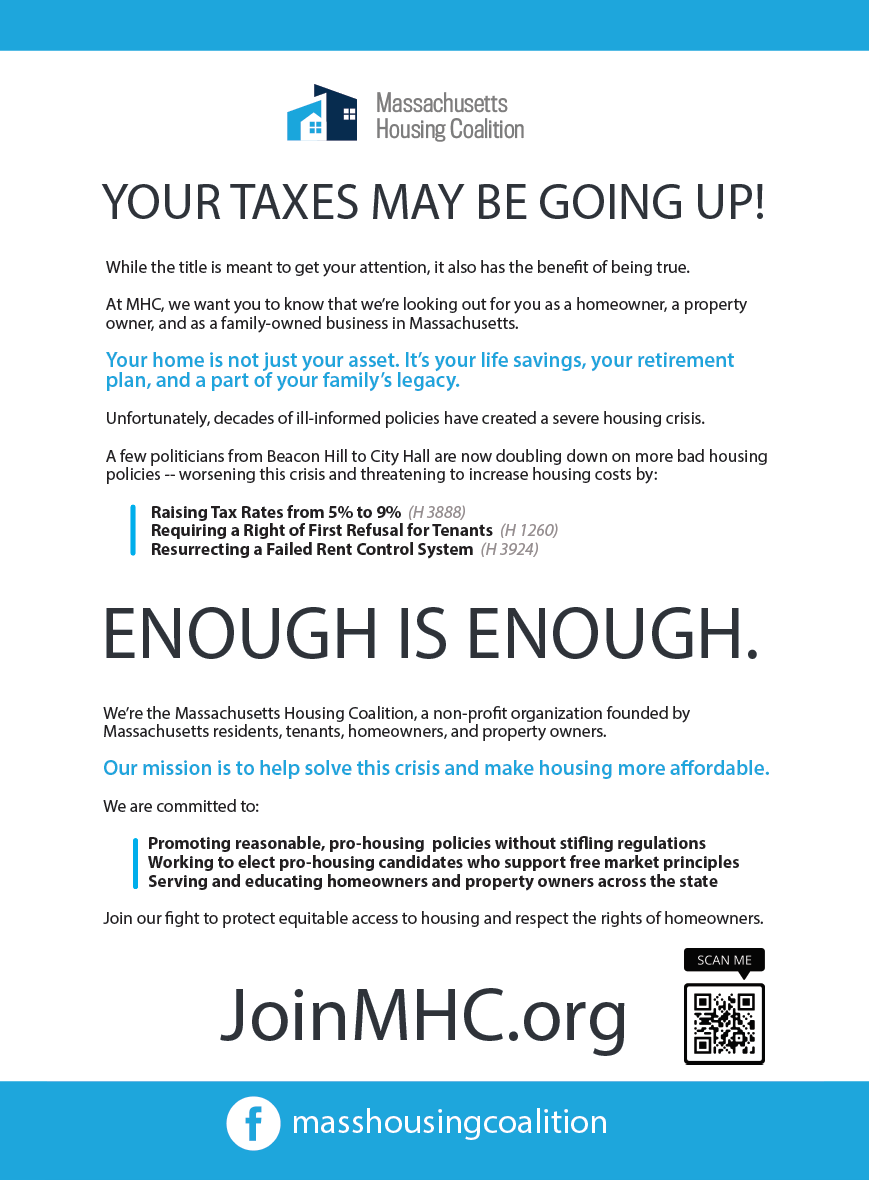 The Mass. Housing Coalition letter says that their mission is to help solve the housing crisis and states that they are working to elect “candidates who support free market principles.”

Moreover, the MHC letter does not reflect the progressive values of Cambridge and Somerville residents or the broad consensus of leaders in our community. It seems more apt to divide our community at a time when we’ve all seen the terrible damage that can be caused by misinformation in the public discourse.

As a product of public housing, as a longtime renter in Cambridge, and as a main sponsor of the proposals MHC is opposing — today I am writing to correct the record with regard to the statements made by this 501(c)4 political organization. To be sure, we should welcome all voices in the conversation about how best to achieve housing stability, tax fairness, and racial justice. But we cannot be silent about misinformation, and the residents of our two cities deserve to know who is behind this letter and what it gets wrong or leaves out.

So who is behind the Massachusetts Housing Coalition?

The MHC website proclaims that “we must do whatever we can to solve racial and social injustice in Massachusetts.” Surely, everyone should wholeheartedly agree with that notion.

But the fact is the Mass. Housing Coalition is under the direction of real estate developers and business leaders, including the former chairperson of the political action committee that led the effort to prohibit rent control in Massachusetts in 1994. The group appears to have already spent significant sums on direct mailers, social media advertisements, staff, and consulting from corporate lobbyists, but it does not appear to disclose its donors.

MHC’s written and online materials talk about equity and justice — and they are correct when they say “decades of ill-informed policies have created a severe housing crisis” — but the truth is, they are standing in opposition to many of the very policies that are necessary to make justice and equity a reality, policies such as tenant protections and progressive taxation.

What legislation is MHC opposing?

The MHC letter takes aim at three specific pieces of legislation, each of which would actually help to achieve economic justice and racial equity, and each having strong support in our community.

Here are the bills MHC is fighting against (along with details about who supports these bills, what they would do and why they are important, and what MHC gets wrong about them):

1) An Act Implementing Progressive Options for Raising New Revenue (filed by Rep. Mike Connolly based on recommendations of the non-partisan Massachusetts Budget and Policy Center).

2) An Act to Guarantee a Tenant’s Right of First Refusal (this would provide tenants with an opportunity to purchase their buildings at market value in certain cases when an owner decides to sell, a concept tirelessly advanced by former Somerville Rep. Denise Provost and now championed by Cambridge Rep. Jay Livingstone and Somerville Senator Pat Jehlen).

3) An Act Enabling Local Options for Tenant Protections (co-lead filed by Rep. Connolly and Boston Rep. Nika Elugardo, and introduced in the Senate by Springfield’s Adam Gomez; this was originally drafted in partnership by Black-led housing justice organizers at City Life/Vida Urbana).

In conclusion, not only does the Mass. Housing Coalition get some of the key facts about these bills wrong — their negative stance on these bills is at odds with their stated goals of equity and justice, and it’s also at odds with the progressive values of our community.

When I met with MHC to discuss their letter, a representative of MHC even stated that “just because you are a tenant doesn’t afford you a class of rights.” As outlined above, leaders in our community disagree.

In a community that is the target of global real estate speculators and home to multibillion-dollar universities and corporations — we must affirm that housing is a human right, and we must recognize that equity will only be possible if we take action to protect tenants and make our tax code more fair.

Tenants have a right to remain in our community, free from the threat of economic eviction. And the very wealthy must pay their fair share in taxes. It is our job as policymakers, organizers, and community members to work to bring everyone to the table to make this vision of justice and equity a reality. 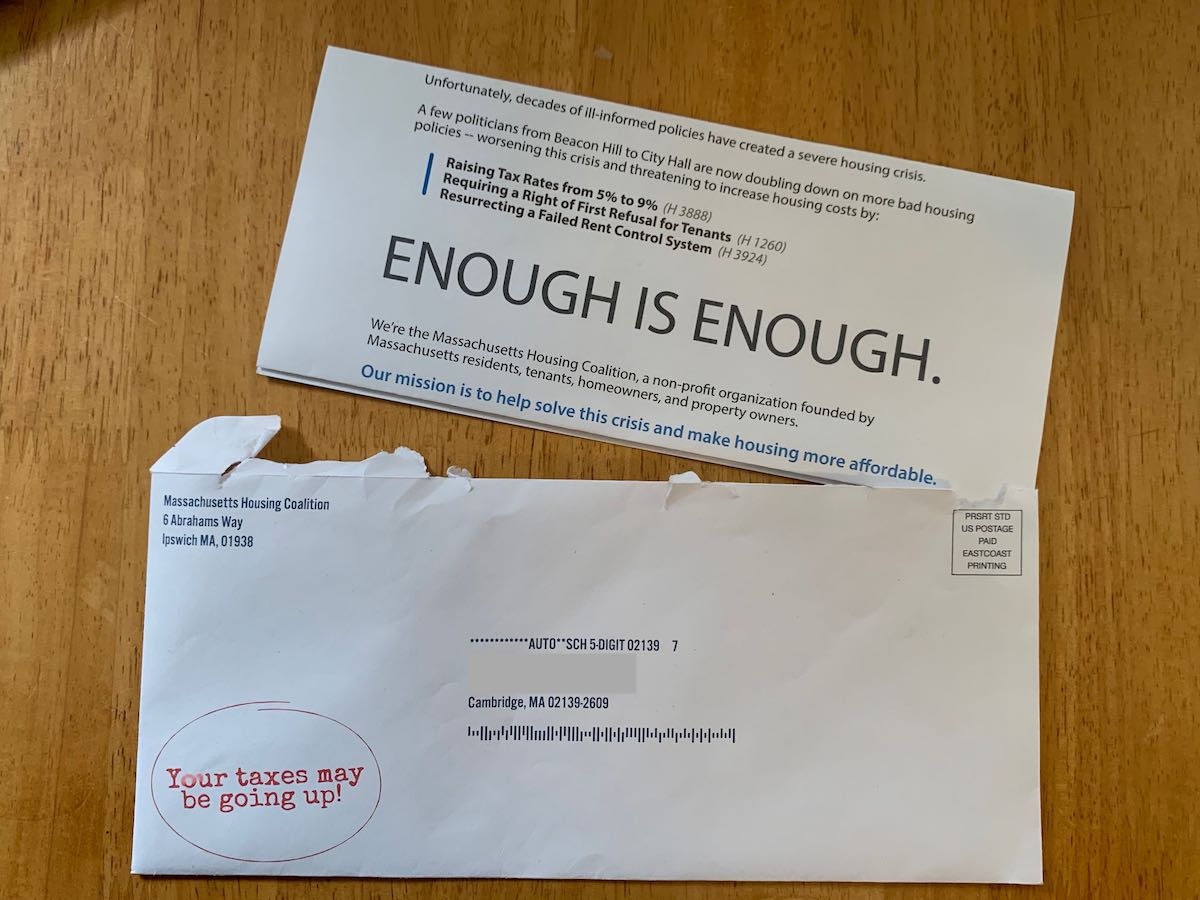