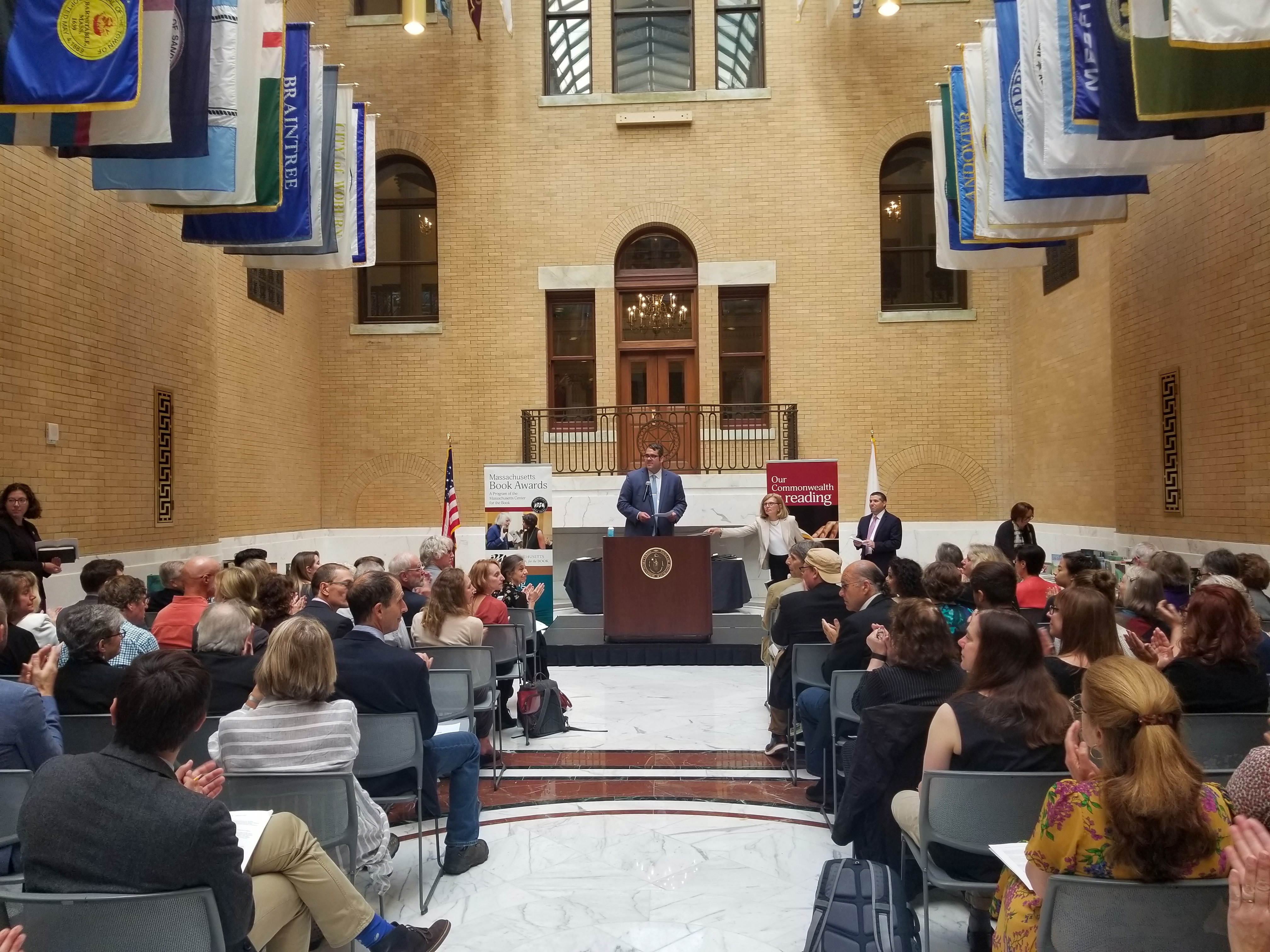 Representative Mike Connolly joined his colleagues in the Legislature as well as writers, librarians and the book community, to participate in the Massachusetts Center for the Book (MCB) 2019 Library of Congress/Massachusetts Literacy Award Ceremony.

The Massachusetts Book Awards presentations commenced with Sharon Shaloo, MCB Executive Director, reminding the audience that this is the largest state book awards program in the country.  “It’s a testament to the vitality of the contemporary writing community in our commonwealth,” she stated.  Cambridge writers were well-represented, and Rep. Connolly joined with Senators Sal DiDomenico and Patricia Jehlen, and Representatives Dave Rogers and Marjorie Decker in congratulating the authors and participating in the day's festivities.

Rep. Connolly was pleased to present an award to Inman Square constituent, Kevin McLellan, for his collection of poems titled Ornitheology. The volume is both a poetics of birds and a process of finding hope, inviting readers to follow the flights of subject and thought to arrive at a system of belief in possibility, and in poetry, as meaningful responses to dispiriting times.

Other Cambridge awardees included: Jill Lepore for These Truths; A History of the United States, Allegra Goodman for The Chalk Artist, Martin Puchner for The Written World. Mira T Lee for Everything Here is Beautiful, Celeste Ng for Little Fires Everywhere, and Kanan Makiya for The Rope: A Novel.

The 2019 Massachusetts Literacy Award was given to Beacon Press in recognition of its history of ethical publishing that “elevates and actuates the promise of a literate populace.”  Helene Atwan, Director of Beacon Press, accepted the award and underscored the publisher’s commitment to promote dialogue around social justice and issues of diversity. The Library of Congress State Literacy Award program is funded through the generous support of David M. Rubenstein, co-founder of The Carlyle Group and a major benefactor of our nation’s library.

The Massachusetts Center for the Book, chartered as the Commonwealth Affiliate of the Center for the Book in the Library of Congress, is a public-private partnership charged with developing, supporting and promoting cultural programming that advances the cause of books and reading and enhances the outreach potential of Massachusetts public libraries.  For more information about the Library of Congress Literacy Award or the Massachusetts Book Awards, contact [email protected] or visit http://massbook.org/. 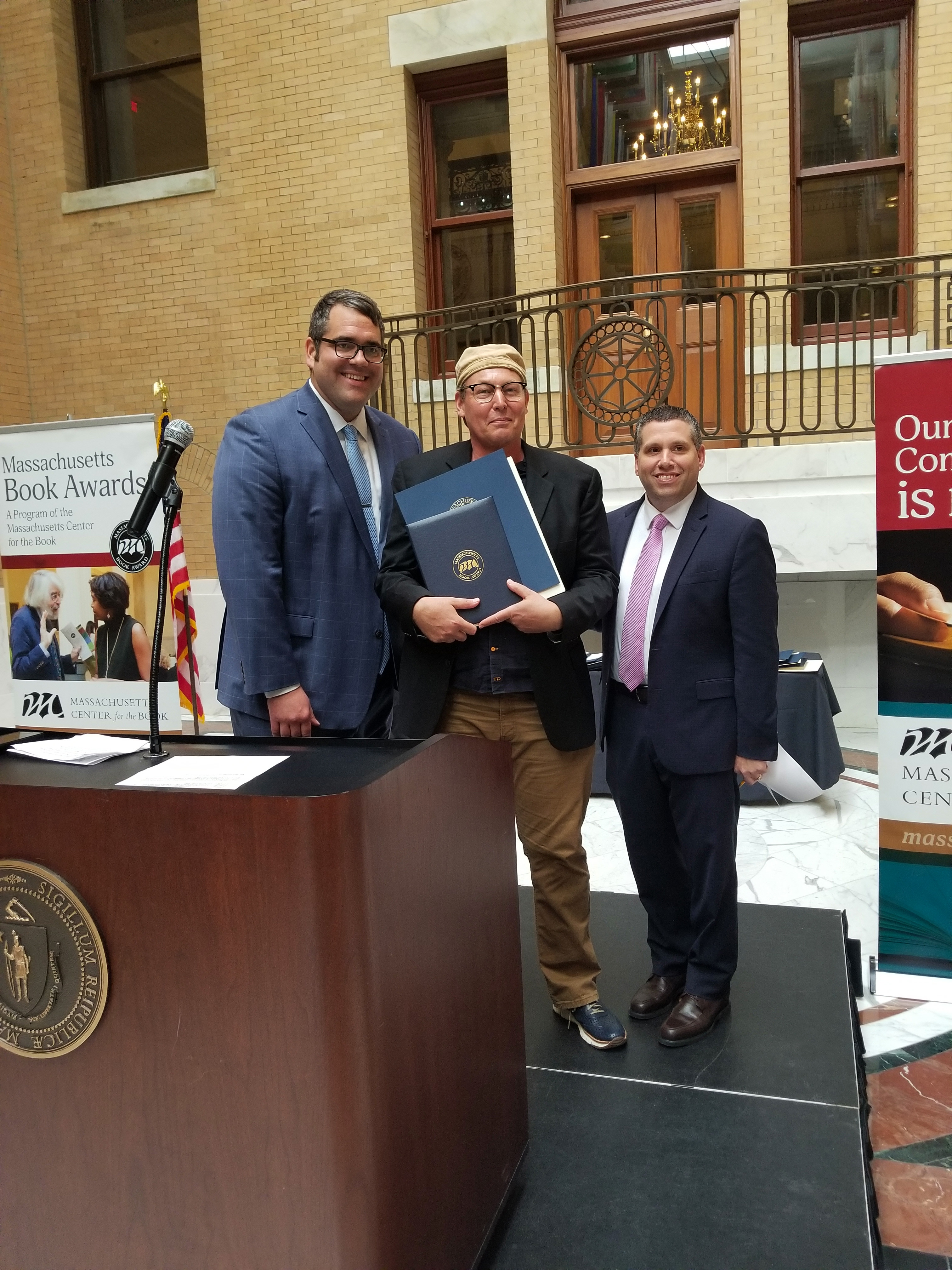