Last night, over 125 people attended our Town Hall Meeting relative to the disposition of the state-owned Sullivan Courthouse site in East Cambridge. Thank you to everyone who showed up and participated in the conversation! 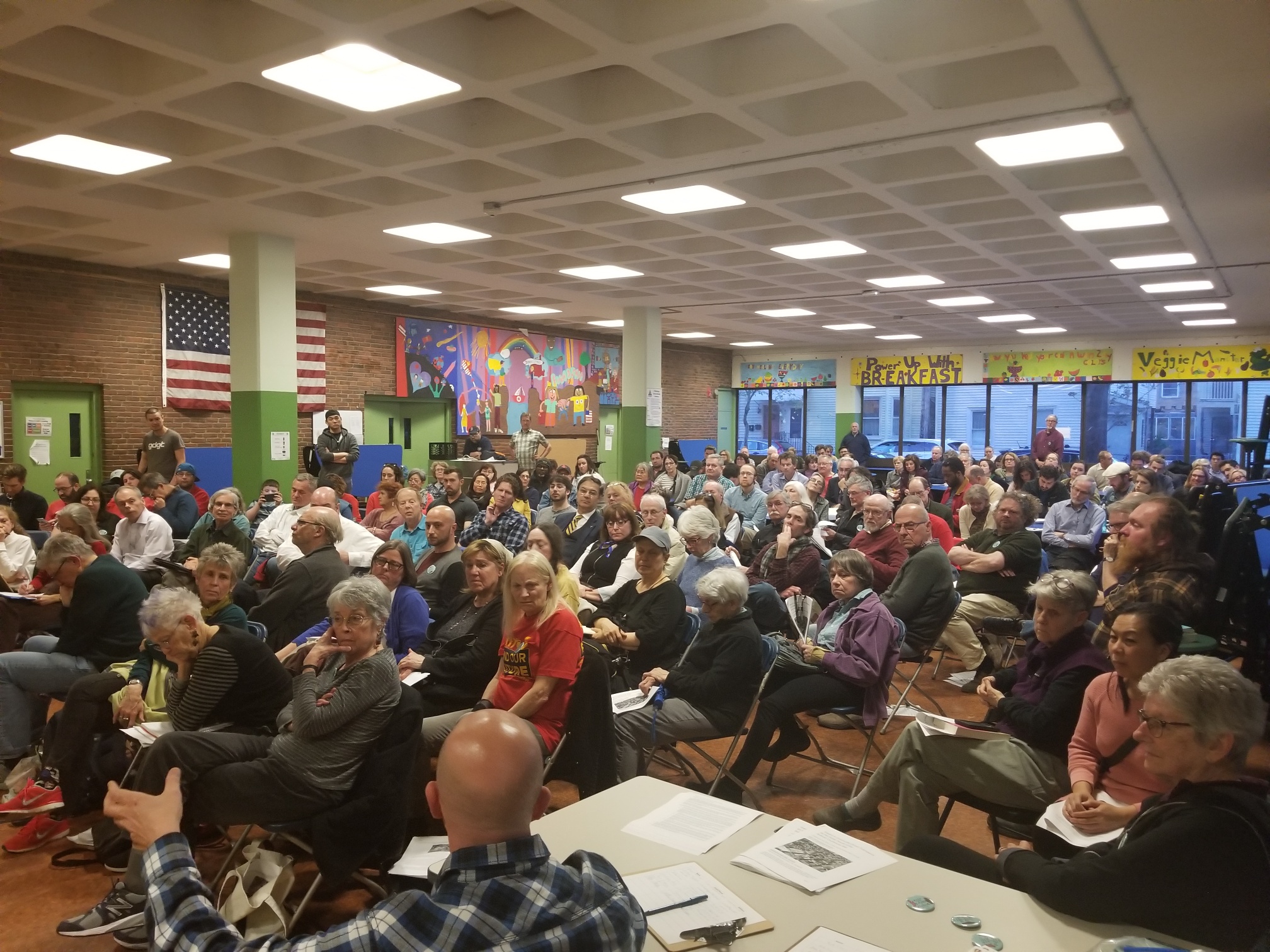 It was good to have the opportunity to discuss this matter in a public setting and hear a range of opinions on this important issue. I appreciate all of the input and feedback we gathered from constituents.

While there was little consensus on the question of whether the Leggat McCall plan should move forward, seemingly everyone agreed the state's disposition process for the Courthouse site was flawed, and there was strong consensus that the Courthouse tower itself needs to be remediated quickly.

Here is an electronic copy of the draft document we presented last night:

This document provides background information and outlines the path to a public reuse of the Courthouse site, including possible implementation options and examples of how other municipalities have successfully worked with the Commonwealth to remediate abandoned buildings while negotiating for significant quantities of affordable housing, community and arts space, and public open space.

One of the examples featured in the discussion last night was the redevelopment of the old Worcester County Courthouse. In that case, the City of Worcester purchased the site for one dollar from the state's Division of Capital Asset Management and Maintenance (DCAMM). The city then issued bonds to help fund a remediation of the site, and then they turned around and sold the site to a developer with a plan for 114 units of new housing, including 50% affordable units.

Moving forward, we know the immediate fate of the Courthouse site is now in the hands of the Cambridge City Council as they consider the disposition and long-term lease of parking spaces in the First Street Garage.

I encourage all residents to continue voicing their perspectives and concerns in the weeks ahead, and for my part, I will continue advocating for an outcome that best serves the public interest while making sure all voices are respected and heard.