Representative Mike Connolly is pleased to announce his budget amendment to fund improvements to the Kensington Underpass was recently approved by the state legislature as part of the Fiscal Year 2019 state budget.

"I am proud that my amendment to fund improvements to the Kensington Underpass in East Somerville has been approved by the state legislature," Rep. Connolly stated. "Working together with Senator Jehlen, we were able to secure $95,000 in state funding to improve this important connection for our community." 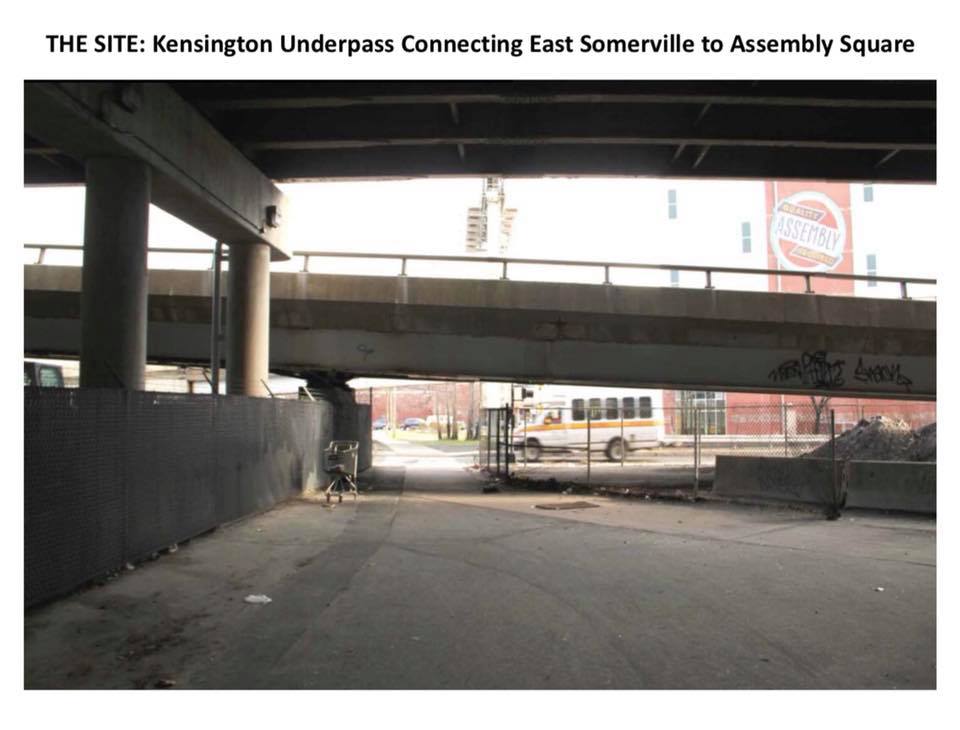 The Kensington Underpass acts as a connection for residents of East Somerville accessing the amenities of Assembly Row and the Mystic River, and it is also vitally important to residents of Assembly in accessing other sections of the city. Residents have expressed concerns about the dark and unwelcoming nature of the current underpass for several years -- but state funding had yet to materialize until now.

This past April, Rep. Connolly filed amendment #319 to the House Budget, H.4400. The amendment read "not less than $75,000 shall be expended for infra-space improvements to the Kensington Underpass in East Somerville, including but not limited to design, planning, electrical, and lighting..." Rep. Connolly's amendment was co-sponsored by his Somerville colleagues, Reps. Christine Barber and Denise Provost and included in the final version of the House budget.

Then in May, when the Senate took up its version of the budget, Somerville Senator Pat Jehlen filed her own version of this budget amendment and succeeded in getting the funding boosted to a total of $95,000.

In July, Governor Baker vetoed the Kensington Underpass improvements -- but fortunately, Rep. Connolly joined with his colleagues in voting to override the Governor's veto, thereby securing the funds in the FY19 state budget. This funding will be used in conjunction with existing mitigation funds from the City of Somerville to bring improvements to the underpass. 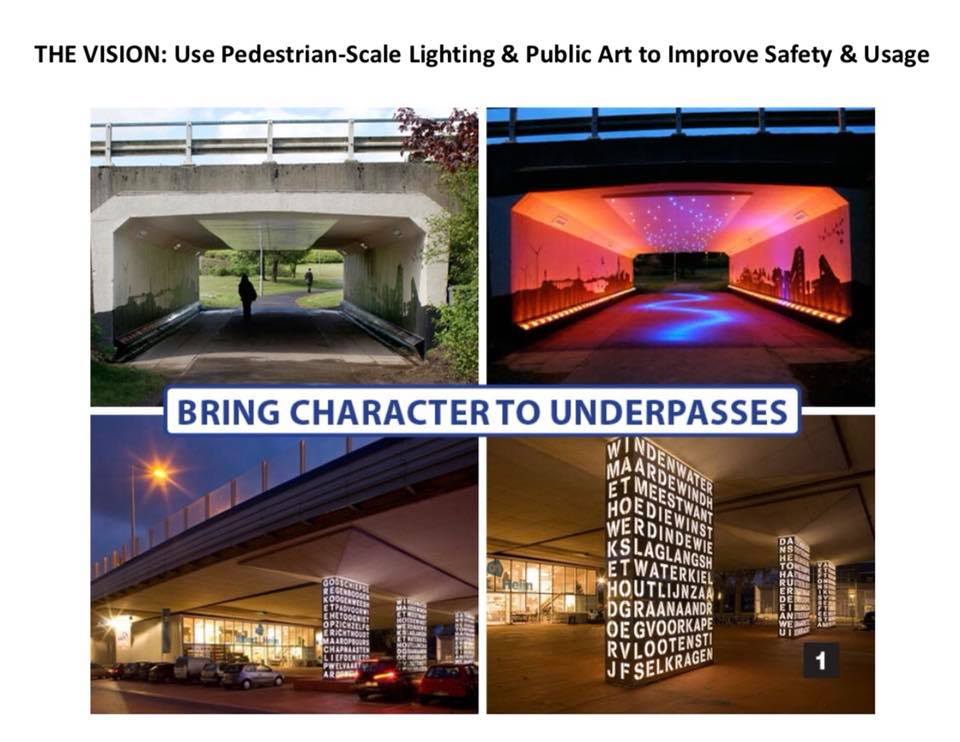 The drawings below is merely a conceptual rendering; more work remains to be done with the city, the state, and the community to plan and complete the effort. If you have any questions or wish to get involved, please do not hesitate to email Rep. Connolly. 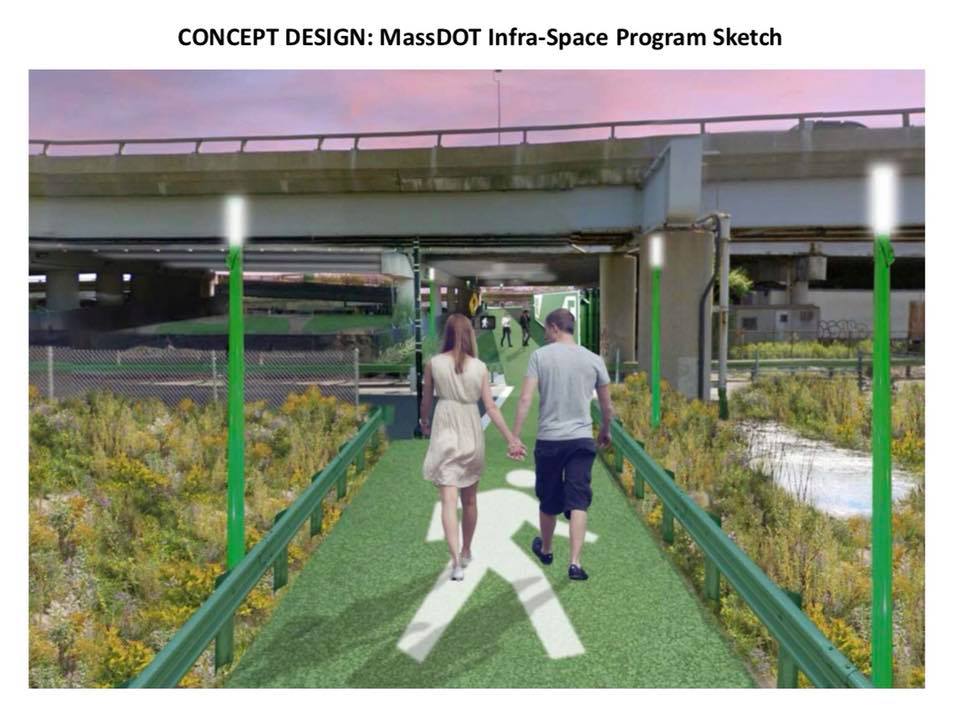