The ribbon cutting event is open to the public and will begin at 10 am at Foss Park, 49 Fellsway West, at the corner of Broadway and McGrath Highway in Somerville.

The 14-acre Foss Park is located in the 26th Middlesex District and is adjacent to the 34th Middlesex District. Over the past several years, it has been a top priority for our state legislative delegation to advocate for improvements to the park. We heard from several constituents, including many parents and coaches, who complained about the "dust bowl" conditions of the field while also calling for permanent field lighting and better drainage. The state's recently-completed Foss Park Field Improvements include a new, multi-use athletic field, field lighting, pathway upgrades, and drainage improvements. Over the course of the project, concerns were also raised about the potential for loss of trees, so our legislative delegation worked to advocate for changes to the design to minimize the impact on trees. Additional trees are also being planted.

In addition, as a condition our support for a new, multi-sport turf field at Foss Park, we simultaneously advocated for DCR to abandon its plans for a turf field at the nearby Draw 7 Park along the Mystic River. This stance allowed us to balance Somerville's enormous need for additional recreational and athletic facilities with the need to ensure the most sustainable and resilient approach to open space, particularly along the river. DCR has now confirmed that they will move forward with designs for a natural surface at Draw 7 Park, complete with a living shoreline. Meanwhile, DCR is also working on renovations to the Latta Brothers Memorial Swimming Pool and Spray Deck at Foss Park, and the City of Somerville is engaged in discussions with DCR relative to future operations and maintenance of the park.

On behalf of DCR and the City of Somerville, our state legislative delegation invites all residents and interested stakeholders to join us on Friday morning to celebrate the progress we've made and discuss the work that remains at Foss Park. 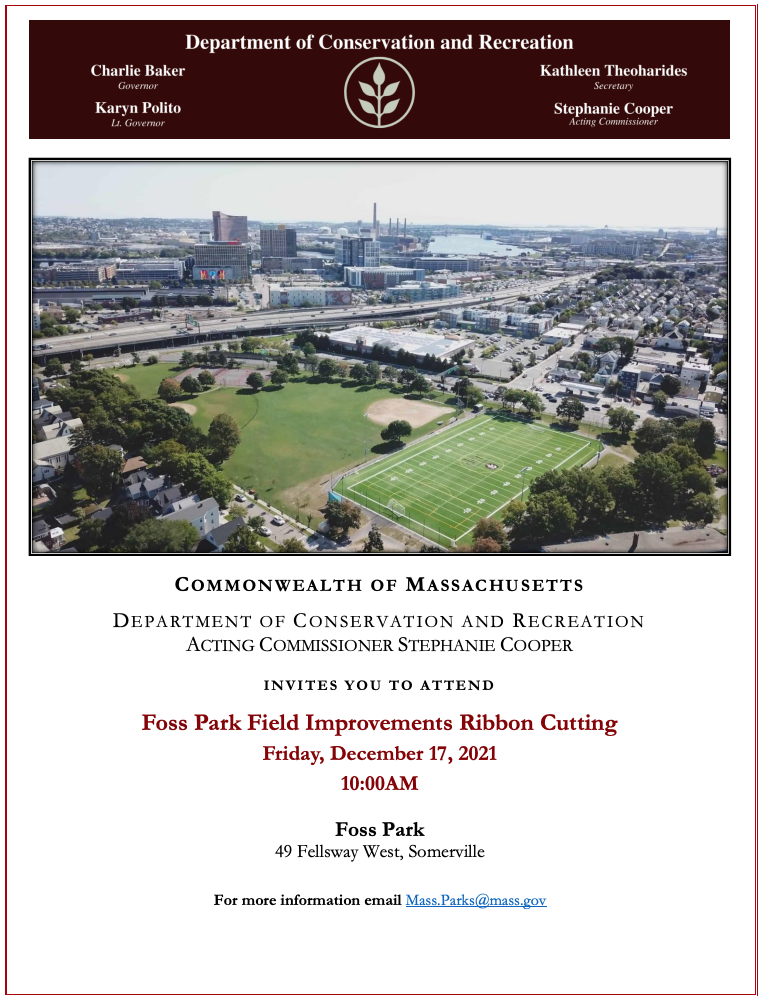