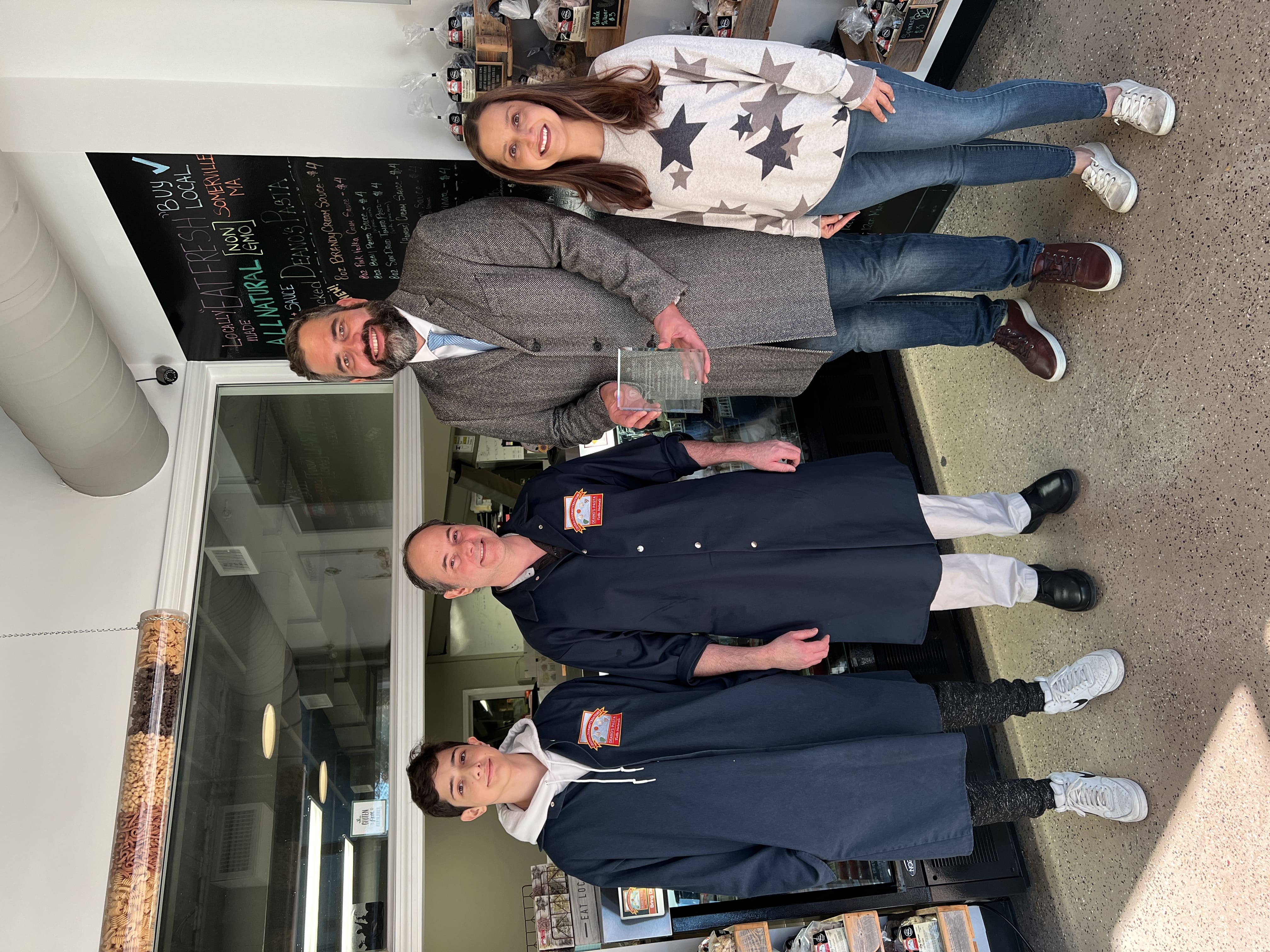 Deano’s Pasta was recently honored by the Massachusetts Legislature’s Manufacturing Caucus during the 7th Annual Manufacturing Awards Ceremony at Polar Park in Worcester, Massachusetts. At the event, legislators from around the Commonwealth celebrated a ‘Manufacturer of the Year’ from their district, with 55 companies honored with awards.  State Representative Mike Connolly nominated Deano’s Pasta for this recognition to highlight this fourth-generation pasta maker in East Somerville.

“I am proud to recognize Deano’s Pasta as this year’s Manufacturer of the Year for the 26th Middlesex District. Deano’s represents the best of our community in a food manufacturing business, namely: good paying jobs utilizing a local workforce (including many immigrants), natural  ingredients, and exceptional quality,” Representative Mike Connolly said. “Congratulations to Deano’s Pasta for this well-deserved recognition.”

In his remarks during the statewide award ceremony State Representative Jeffrey N. Roy, House Chair of the Legislature’s Manufacturing Caucus, stated: “Manufacturing output here is at its highest level in history and accounts for about 11 percent of the state’s economy. It is the sixth largest employment sector here and $26 billion in manufactured goods are exported from the Commonwealth each year.  We celebrated some truly great companies who make our economy roar and contribute to those statistics. These manufacturers are examples of what is means to ‘Make it in Massachusetts.’”

Established in 1947, Deano’s is now run by Dean Matarazzo and his wife Hala, the fourth generation in his family to do so. The pair have helped usher in a new age at the business, and Deano's now makes and sells more than 100 varieties of pasta to hundreds of local restaurants, small retail shops, and local farmers markets (including the upcoming winter farmers market in Somerville), most of which are also family owned.  Dough for Deano's pastas are made with just three ingredients: egg, water and semolina, a type of wheat that is made to the  Somerville factory’s exact specifications. The dough is mixed, rolled out and shaped by machines, then hand checked for consistency and packed by one of the company's three dozen employees.

Previous awardees from the 26th Middlesex District include Moderna, Slumbrew, and Taza Chocolate. More information about Deano’s Pasta can be found on their website.